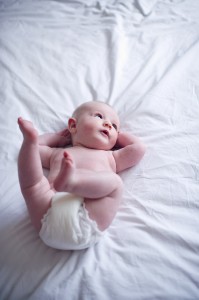 I’ve been meaning to write to you for some time now to share our birth story, we did the Mindful Mammas course with Sabrina in December 2011 and our baby was due in March 2012. We had the most wonderful birth and I’m sure this is down to the methods and techniques we learnt with Sabrina, I’d like to share our story, please feel free to share as you see fit.

Our baby was due on 6th March 2012, this never seemed like the right date to us and we felt that the baby would arrive on the 10th March from the beginning. I wanted a drug free birth and a lot of my friends had used hypno birthing to varying degrees of success. I am frightened of drugs and medicines ever since I had my drink spiked at 19, I am frightened of the effect it may have on my body and fearful of being out of control. I wanted very much to be in control during labour, to remember ever second of bringing my baby into the world and not to be afraid. I have used mindfulness meditation in my everyday life for over 10 years now and was very excited to find a course using the techniques I had already learnt for labour, my other half was quite sceptical though and not at all convinced that the power of the mind could overcome extreme pain. We found the course itself brilliant, the videos, practice and simplicity of the meditiation won over my other half and we left keen to put the scripts and techniques in to practice. We wrote a script together and the other half recorded it onto my iphone so I could practice when he wasn’t around. I used the music and script almost every day from 7 months pregnant and multiple times a day in the three weeks leading up to my due date.

So predictably the 6th March came and went without a baby and I began to feel twinges on the evening of the 9th March. I sat for the whole evening on my birthing ball and meditating to relax, I sent the other half to bed early – just in case. But by midnight I was feeling nothing so decided to go to bed. At 2am I woke up, feeling some sort of pain, but it wasn’t intense, so I wandered downstairs, put on a film and sat on the ball. Fairly quickly I realised I was having regular contractions, but it wasn’t that painful. We’d decided to hold off on using any mindful techniques until the pain ramped up. By 4am I was quite uncomfortable and woke up the other half, we phoned the hospital to book in (normal practice in Brighton) and I got into bed. By now I was having quite strong, short contractions but feeling nothing in between. I got into bed with my partner and we used 5-4-3-2-1 to relax my body during contractions and we both fell asleep between contractions, even for a few minutes. We both felt very calm and prepared, we were excited about meeting our baby and knew it was time for the baby to arrive. By 9am it was too uncomfortable to lie down any more, so we got up and I used the sofa to lie on between contractions and lean on during. By now stroking was not having any effect and I had a lot of pressure in my upper legs, so stroking turned into hard rubbing which really helped to relieve the pressure.

Around 10am I stood up for a contraction and my waters went all over the living room floor, this really did take us both by surprise and there was a moment of panic in both of us. We calmed down using 5-4-3-2-1 and phoned the hospital. It was then that we discovered that Brighton hospital was closed for any new admissions and we’d need to go to Haywards Heath, a 30 minute journey from our house (Brighton hospital is around 5 mins away). The midwife said we should leave right away to be assessed, I however felt fine and would happily have got into the bath, but the other half wanted to leave straight away so we packed up our things and got into the car. In the car we put on the music we had been given and I had been using to relax, I felt calm and in control and knew this was the final journey we needed to make to meet our baby. The music was exactly the right length to take us from our house to the hospital.

Less than 5 mins after getting into the car I had a new sensation and after a second, realised I was getting the urge to push, I asked my other half if we were nearly there as I needed to push, he went pure white and said hold on. He calmly drove to Haywards Heath, although afterwards admitted he didn’t really know if he knew the way and we took a few detours….
We arrived at the hospital at midday and abandoned the car at A&E as we’d been told and found the Delivery Suite. We met our lovely midwife, Dionne, and she asked to examine me, immediately she said she could see the baby’s head and that I was 10 centimeters dilated and about to give birth. We were both quite shocked, but also relieved that that baby was about to arrive. We didn’t have time to move the car, the baby wasn’t going to wait! I tried various positions to push and the talking of the midwives was quite distracting and my contractions slowed down. I ended up standing up, my partner was fully involved, telling the midwives to let me get on with it and holding onto me to keep me standing. 4 pushes later at 1pm our beautiful baby arrived, screaming, into the world. It was a wonderful sound. My partner told me we had a boy and cut the cord. I can still remember the sound of his voice as he told me we had a son, full of pride and cracking with emotion. I was handed our son and he sat in my arms quiet now and looking round at the world, he was just perfect.

We didn’t have a chance to use all of the pieces we planned, such as the lighting and music, and our birth plan never even made it out of the car! But I think the techniques were so successful for us that labour progressed more quickly than we’d ever imagined and it was manageable with the techniques we had.

It was the birth we had hoped, both of us doing it together, supporting each other, without any fear or intervention. We named our son Samson Jack and he arrived on the 10th March as we’d been manifesting from the beginning. He remains a happy, calm little boy and is now almost 10 months old. I also think that our calm birth helped us so much in the early days, particularly with being calm enough for feeding, I breastfed Sam from the begining without any problems and strongly believe that being calm and believing my body could do it helped us both get the hang of it.

I can’t thank you enough for the techniques you have given us, we wouldn’t hesitate to use them again should we have more children and have recommended you to our friends. The birth of our son is a day we remember every second of and will cherish forever. Thank you.