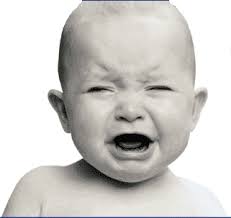 Last week, I took my three year old, Kurtis, to his first swimming lesson. Even though he is my third, I was still excited. As I arrived, somewhat late (very little changes, even when you’re on your third baby!) and when we approached the side of the pool ready to get in, the lesson had started. There was one child in the water, sobbing, and crying for his mummy, who watched anxiously from the side. He kept trying to wriggle out of the instructor’s arms, looking over at mum, pleading and desperate.

Now, of course, I don’t know that he was desperate. That is my interpretation. My interpretation would also be that we “should” listen to the child’s distress and respond. I guess the mum’s heart was telling herself that too – but for reasons of her own, she resisted that gut feeling. We are persuaded, often, in our society, to put our maternal instinct aside and the result is that mum hurts too. Luckily, that is changing, but only because science is now producing evidence that love and care are brain food for a baby. I decided that her way of doing things belongs to her, and my way is different. So I stayed on the side, waiting for my son to want to get in the water (I knew it wouldn’t take long, because although he was anxious, he won’t be able to resist for long.) I had done this with previous lessons, and of course, we do it when settling children in to nursery or pre-school too. Anyhow, after a couple of minutes, the instructor took him into the water, unwilling and beginning to cry, and asked me to move to the viewer’s area because it was disrupting the class to have me there. I think she meant I was disrupting her, because the other mum in question had also come to the side, after over ten minutes of her child sobbing and appealing to her.
I wasn’t happy to have him cry, so I hauled him out, comforted my distressed child, and left. As I was leaving, three mums came running out to me to comfort me. At some level, they get that this process hurts mums too. They “reassured” me that he would only sob for four or five sessions, and then he would love it. I felt the pressure to bow to an institutional system which I disagree with. I felt the sense of inadequacy that I was pandering to him, and that I had been a disruption to the smooth running of the class.
After we were dressed and leaving, the class was finishing. The child was still crying and sobbing. Half an hour must be a long time in a three year old’s life. My boy skipped out of the room. Did he become “spoilt” in that he got his way? Who knows.
As parents, we are caught by two evolutionary driven systems. The system to conform to society and learn from others. This helps us work within our society and raise children who can function in it. It makes us sociable humans. But the maternal instinct sometimes works in opposition to the social system. The maternal instinct is to flush with pleasure when baby smiles, and to be distressed when baby cries or refuses food. I’ve had my fill of controlled crying (9 years ago when I blindly followed the advice of books) and of not sleeping with my baby (heightening my nocturnal anxiety about his welfare- that isn’t neurosis, it’s natural when separated from your baby). I’m so pleased things are changing with regards the advice coming out.

Why Love Matters is a book which summarises the science beautifully. But, and it is a big but, all advice can be interpreted as a “should”. “Shoulds” put pressure on us, make us feel like others know better than us, and introduces the possibility of failure. There is very little out there to tell a mum to listen to her heart, her instinct, and her baby (we need a new version of Dr Spock). To love to love, for love’s sake. Not for science’s sake, or even baby’s sake. If you do it for baby’s sake, you forget to give yourself a break, and to realise that sometimes you just need a cup of tea on your own, and that is okay. If you do it because your heart tells you to, you do it genuinely, and, by the strangest coincidence, that is when your baby gets the most from it too.

So, I was quite proud of myself (after debriefing with two friends to help me make sense of my feelings) that I listened to my maternal instinct, and not societal pressure. Our classes and cd do give advice, but they also help you to listen to your heart, body and baby, during pregnancy, childbirth and beyond.
Previous Post: « Whatever Happened to Trust?
Next Post: Birth but not as we know it…. »