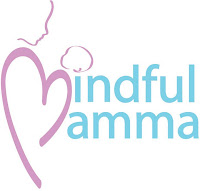 Very often I get phone calls from an intrepid mum to be who had heard about hypno-birthing, and is interested but really doesn’t know what to expect.

Usually they are incredibly relieved when I say Mindful Mamma is absolutely not hippyish.

It’s not just once that I’ve heard a mum let out a sigh of relief – you can hear her relax and then she sometimes says “oh thank goodness, my husband thought that we’d be sitting in a circle chanting and hugging.

To be honest with you, I’m not sure what people think being a hippy actually is. I have an allotment (quite fashionable now) I bake my own cakes (I’m a foodie and they taste better), I sing a lot (in the kitchen and badly) and I’m a sucker for hugs (especially with my boys), I really don’t think of myself as hippyish.

It’s such a shame that hypno-birthing is seen as something way out there on the fringes, because really it’s very normal, like uhm, normal birth.

Before I became a hypnotherapist, I had never been to a complementary practitioner – well perhaps once in a bid to turn my first baby with acupuncture. But I was they type of mum who was put off by the NCT when my midwife said it was for the “green wellie brigade’. I kid you not. If that’s said about the NCT, I wonder what is said about hypno-birthing!

So to cut a long story short, I stumbled across hypno-birthing when pregnant with my second and to be honest I would have tried anything that promised a normal birth. My younger sister had had one, so could I.

Sibling rivalry won out and I tried hypnosis for the birth of my second child. That’s how it all began, this seismic shift to a completely different perspective about birth and after my birth I saw for the first time, that they way we mostly birth is all wrong, and that hypno-birthing was absolutely not hippyish, but a way of teaching us how to do it right, to do it normally. In fact, birth was amazing, fantastic, all those things that I had been told it wasn’t by Eastenders, my aunt, and the NHS antenatal class (this is how you have forceps, vontouse or a caesarean….

Anyone who has been on my class knows that they are realistic and based on birth in the UK. I don’t show mums birthing with dolphins, and I don’t chant and sing. What I do, is mention that there are different types of approaches to birth out there, if people want to explore further in their own time and in their own way they can.

Often mums see this class as the beginning of journey of discovery, or they find that it just cements everything they somehow already knew about birth either consciously or unconsciously. How many of you reading this, who haven’t had a baby get a sense that birth should be something more than it is commonly portrayed? Have you wondered that your baby’s journey into this world should be much gentler, so much more welcoming. How could we have evolved if birth were so dangerous and so terrible? If so, then trust that instinctive and ancient form of understanding and begin to explore normal birth.

We hope that Mindful Mamma is bringing hypno-birthing to mums and dad’s to be that want a practical, relaxing approach using proven techniques. It’s about empowering women to birth their way, to teach couples about choice, giving them the confidence to do the best for their baby. No ideologies are imposed upon women in the Mindful Mamma class, expect the best kept secret of them all – the power of your mind to change the way you feel about birth and to change the way you birth physically.

It’s a class based on real psychology, practical techniques and some very lovely relaxation and self-hypnosis. The diversity of people who have been on our class show how accessible it is – we’ve had pregnant GPs, footballers wives, obstetricians, paramedics, yoga instructors, barristers, psychologists, teachers, accountants and midwives amongst our clients.