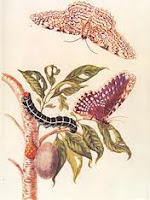 Seven. This seems to be a significant number when it comes to birth and the feelings that arise at seven months pregnant.

Phone calls from mums enquiring about our Mindful Mamma antenatal classes often come when they are seven months pregnant, a frantic “I’ve only got 12 weeks to go, is it too late?”“The fact that I’ve got to give birth in 8 weeks has only just dawned on me”.Why is it that mums to be suddenly make a psychological shift to thinking about the birth at this stage in their pregnancy?

The pragmatists amongst us would say, well of course the closer we get to something the more we think about it, so it stands to reason that the closer we get to birth, the more prominent that event becomes in our thinking until at one point, at about seven months pregnant, it begins to dominate our thoughts.

Putting pragmatism aside, I still believe that it is uncannily consistent and this interests me; why always when women are seven months pregnant? Then I read some research by Cyna et al, one of the better meta analyses of hypnosis for birth, and their findings showed that the best time to start preparing for birth using hypnosis was when women were around seven months pregnant.

I’m sure that it’s because there is shift in the mother towards the birth. For me this is similar to a microcosmic maternal individuation process, an unconscious shift, that begins to integrate the parts of the mother, the baby and the father as well as the surrounding community, in preparation for their new relationship as father and mother and their unit as a family.

Carl Jung, the famous psychoanalyst, talked about individuation as being a process that we undertake largely in the second part of our lives, but I strongly believe that a similar process of individuation takes place, on a smaller scale, in a mother during pregnancy and the birth itself and that this process begins in earnest at around seven months pregnant.

“Jung understood individuation to be something that began in the second half of life, when individuals reach the zenith of their lives and suddenly find themselves facing an unknown vista or some unforeseen upheaval. Sometimes this turning point takes the form of a crisis: such as a financial failure, a health problem, a broken relationship, or a change of residence or profession – something which upsets the status quo. Sometimes this experience assumes the form of a profound self-doubt, a loss of meaning or religious conviction, a questioning of everything previously held so dear. Sometimes it presents itself as a deep yearning or a call to change direction. And many times, it can manifest itself in powerful dreams and fantasies.”

We all know that women have pregnant women have powerful dreams, often difficult to understand.These dreams surface from a maelstrom of feelings and emotions during a time of profound change in true Jungian style.

At this stage all sorts of doubts and worries may begin to come up to the surface, doubts in their ability to birth, doubts as to whether they will be a good mother, feelings about their own childhood or their own relationship to their mother might arise.I’ve even heard some women say that they were faced with their own fear of death, during labour, something described by Leboyer in his landmark video “Birth without Violence”.But how empowering. Imagine being able to face your deepest fears, knowing you are loved and supported by all those around you, and to be able to conquer those fears and to come out on the other side, richer for the experience.

Just as with the formal process of Jungian individuation, with birth we become stronger, different, more aware of our own abilities to reach deep within our own resources and to come out understanding the extent of our own personal power. It is transformational, a gift and it upsets me that this is taken away, damped down and denied by unnecessary interventions or drugs during birth. When people ask me “why not take the drugs”, “what’s the point in experiencing a normal birth when you don’t have to feel anything”, I want to tell them that it is important to feel something, to be aware, to be in command, to be immersed in your true capabilities, but it’s quite an abstract concept to describe to someone who is set on an epidural.

It’s my belief that for some reason 7 months pregnant marks the start of this process.In the wonderful book ‘Birth Traditions’ by Jacqueline Vincent Priya different traditions across the world are explored, and they are remarkably consistent, the same themes emerge, but in different ways.One of those that is the ‘7 month ceremony”.

Priya writes that “Seven is a number with magical and spiritual significance…in many places this is the time for a special ceremony. Often this is carried out in the first pregnancy so that as well as protecting the couple and their unborn baby, preparing them for birth, it also established the couple socially in the status of potential family”.

Nowadays I see more of my clients undertaking what’s known as Bessingways to begin this journey when they are seven months pregnant and see it as a more meaningful alternative to a baby shower. It’s an opportunity to invite just a few close friends and have a celebration of the baby’s life and your journey into motherhood.

Here are some suggestions for a few things to do if you wanted to created your own blessingway when you are seven months pregnant, to begin your journey towards birth.

Poems – Each friend can bring a poem that represents something they want to share with you as part of your birth journey.

Beads – Some women like to create a bead bracelet for the birth, each friend gives you a bead with a few words to take into the birth with you. So that each time you twist or touch each bead, you are reminded of that friend and their support for you.

Belly Casting– Another popular activity for a blessingway.

Welcoming Wish – Each person writes a small wish for your baby onto a card and ties it to a tree, the mother can then take these down to read during labour and to save for the baby.

Welcome Gifts – Each friend makes a promise to do something to help you after baby is born, eg. your ironing, meals for a few days, to take your baby for a walk while you get some sleep…use your imagination!

These little steps which begin the gentle transformation from mum-to be, from when they are around seven months pregnant, to mother in a way that unconsciously strengthens you and prepares you for the incredible experience of birth.